Today is the Second Sunday of Easter, or the Sunday in the Octave of Easter, or also known as Divine Mercy Sunday- which is a recent addition to this day from the mid twentieth century to now. But for many centuries in Christendom it was known as “Quasimodo Sunday”. Quasimodo? Isn’t that the name of the Hunchback of Notre Dame? Why would this day be called that?
Well, like Laetare Sunday or Gaudete Sunday the name comes from the introit (opening prayer) of the Mass for that day. Today’s introit which is taken from 1 Peter 2:2-3, says: “Quasi modo geniti infantes, rationabile, sine dolo lac concupiscite ut in eo crescatis in salutem si gustastis dulcis Dominus.” (As newborn babes, desire the rational milk without guile that thereby you may grown unto salvation, since you have tasted that the Lord is sweet.”
It is used at this particular Sunday Mass to refer to the newly baptized at Easter, and to all the baptized generally.

In Victor Hugo’s novel, “The Hunchback of Notre Dame”, he writes: “Sixteen years previous to the epoch when this story takes place, one fine morning, on Quasimodo Sunday, a living creature had been deposited, after Mass, in the Church of Notre Dame, on the wooden bed securely fixed in the vestibule on the left, opposite that great image of Saint Christopher…”

Victor Hugo’s story is a tale of redemption in the fqace of corruption, the sublime versus the grotesque. While the world prided itself on being beautiful on the outside, yet was bitter and ugly on the inside, only Quasimodo, the disfigured hunchback in Hugo’s story, understood the value, and the pain, of being inwardly transformed in the innocent loving of others.
This love is not unlike the love of Christ that took Him to the Cross.
May the God of mercy bless you and yours this Eastertide! 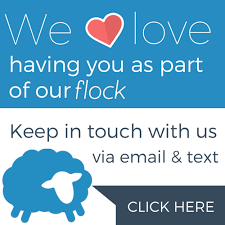